Charter was hired to support a dredging operation on Milford Pond in Milford, MA meant to deepen the south end of the pond shallowed by siltation, and dispose of the material in a 34-acre containment area on the northern edge. The containment area was designed to become an emergent and forested wetland.

Charter deployed a small hydraulic dredge navigated on steel wires connected to the shoreline, as well as some associated floating plant. Filled with organic debris like rootballs and vines, Charter outfitted its dredge cutterhead with a protective shield to avoid dredge downtime. A debris box was used to collect organic debris and eliminate voids in fill area. In order to properly spread the dredge material within the impoundment area, Charter acquired an airboat with a fan mounted atop the stern that allowed us to navigate the impoundment without disturbing the sediment.

The Charter Team worked through harsh winter conditions installing the coir log containment area. An idea borne by a Charter foreman who is an avid ice-fisherman, Charter leveraged the ice platform to carve through the ice using a chainsaw and stake down the coir log materials, thus creating the impoundment perimeter.

By leveraging the winter season, Charter was able to save 2 months from the project schedule by accomplishing work that was originally scheduled for spring.

Unlike a typical dredging job which consists of silt and fines washed from tides and flooding, Milford Pond consisted of sediment, peat, and gravel and throughout the dredging process, crews encountered roots, trees, stumps, and boulders. Using land and water-based anchor systems and fusing 1.5 miles of pipe, Charter efficiently removed obstructions and relocated sediments to restore the pond while coordinating access with residents. 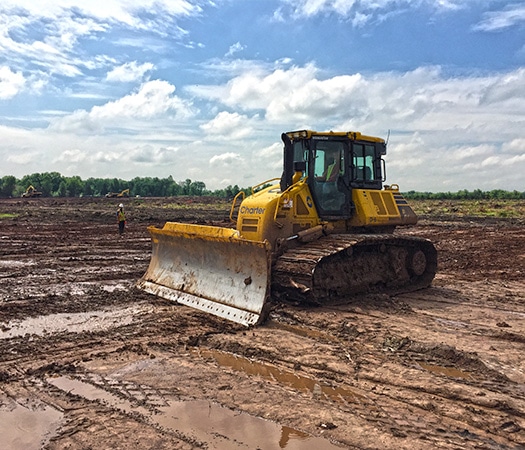 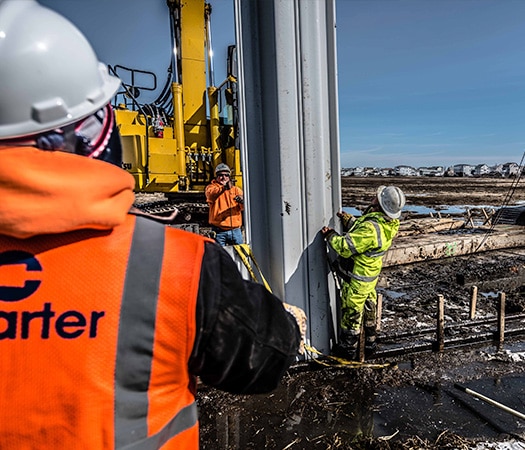 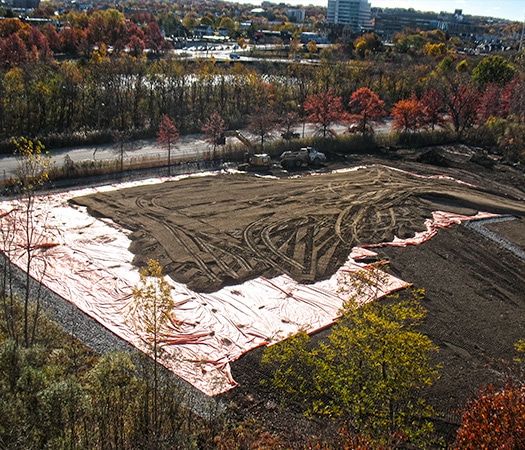 Want to work for a dynamic, fast growing leader in the Environmental, Civil and Marine Industry? If so, Charter is looking to fill key Marine roles that align with our strong plans for continued growth and expansion.

For the first time in over 20 years, the Muddy River flowed again in the open air. In this quick time-lapse, Charter’s Assistant PM on the project captures this historic event.

Drones have become the latest tech trend in construction, allowing for breathtaking imagery and more impressively a phenomenal amount of data. This type of unmanned technology is talking the industry’s needs from the air, but what about the waters?