Charter is a proud sponsor of the Emerald Necklace Conservancy’s 2020 Olmsted Award of Excellence. As noted on the Conservancy’s website, the Olmsted Award of Excellence is presented to either an individual or organization that “demonstrates an unwavering commitment and service to carrying out Frederick Law Olmsted’s vision for urban parks through exemplary and enduring work on behalf of [Boston’s] local parks and the Emerald Necklace.” This year’s recipient, Mayor Martin J. Walsh, was recognized for his outstanding work with the Boston Parks Department.

Under his administration, Boston Parks received their largest capital funding investment to date with $114 million spent on 170 capital construction projects and $60 million allocated to the 1,100 acre Emerald Necklace. The administration’s other transformative investments for the city include a $23 million allotment with a $5 million perpetual maintenance endowment for Franklin Park improvements and a $200 million investment into the Muddy River Restoration Project which recently entered Phase 2. Charter completed Phase 1 of the project in 2016 and was selected by the Corps to continue its work into Phase 2.

When accepting the award, Mayor Walsh expressed his gratitude for the parks’ ability to serve as a place of solace.

“The past six months have been very difficult, but we’ve been able to work to continue to keep our parks and our system up and running so people have a peaceful place to go to relieve some of the stress they have, in some cases where kids can go to get exercise, making sure people can gather safely…I’ve never been more grateful to our parks system as I have been in the past six months.”

Learn more about the award on Emerald Necklace Conservancy’s website. 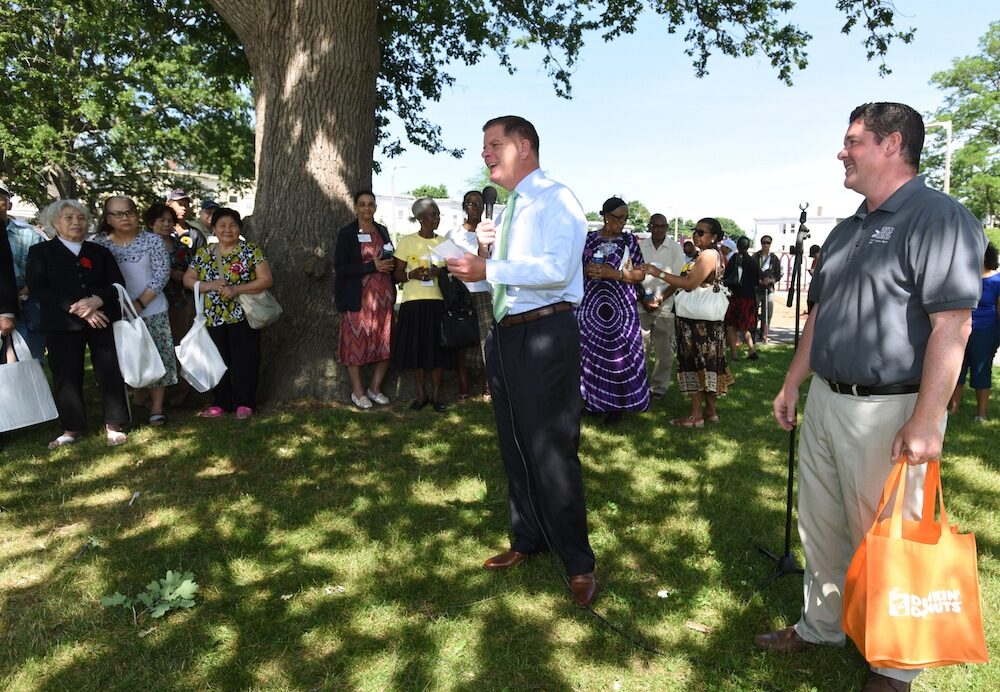