On September 21st, members of the Charter team and stakeholders celebrated the completion of the Solvents Recovery Service of New England (SRSNE) Superfund Site in Southington, CT, with an official ribbon cutting. The project, which included the remediation, capping, and restoration of the site, also included the extension of the Rails-to-Trails Greenway bike path. Charter is honored to be a part of this project which not only cleaned up a highly contaminated site, but also helped improve the area for the surrounding community.

Boston –Today, the U.S. Environmental Protection Agency announced the completion of the cleanup construction at the Solvents Recovery Service of New England (SRSNE) Superfund Site in Southington, Conn. With the completion of the cleanup construction, comes the opening of an extension to the Rails-to Trails Greenway bike path that runs through the capped area of the site.

“What the completion of this construction means, is that the risk of exposure to contaminants at the site has been removed,” said EPA Acting Regional Administrator Deb Szaro. “Now, instead of a contaminated site, the town of Southington has an extension to the Rails-to-Trails Greenway. This cleanup and redevelopment outcome is a win-win.”

While the bulk of the work to construct the cleanup is complete, the site isn’t completely cleaned up yet. The groundwater will continue to be pumped out of the ground, treated in a groundwater treatment plant and once it meets permit limits, is discharged to the Quinnipiac River. This process will continue for years into the future. Additionally, EPA will continue to do regular maintenance and monitoring to make sure the cleanup work that has been done is working effectively.

From 1955 to 1991, SRSNE distilled spent solvents at the facility. Facility operations and poor housekeeping contaminated soil, wetlands, bedrock and groundwater with chemicals known as volatile organic compounds (VOCs). EPA added the site to the Superfund National Priorities List in 1983. Federal and state agencies worked with the owner to address significant violations with little success and in 1991, the facility closed. EPA and the group of potentially responsible parties (PRPs) took immediate actions to stabilize the site while the full extent of contamination was being determined. These actions included dismantling all remnants of the recycling operation; lab waste disposal; removal of contaminated soil from ditches that drained to the Quinnipiac River; and construction of a containment system to capture and treat on site the groundwater plume that had migrated into the Curtiss Street Town Well Field.

In 2005, EPA issued a Record of Decision that set forth the multi-step environmental cleanup plan for the SRSNE Site. The PRP Group reached agreement with EPA in 2008 to perform the cleanup with EPA and CT DEEP oversight. Contaminated groundwater in both the overburden and bedrock aquifers continues to be contained and treated on site before being discharged to the Quinnipiac River. In-Situ Thermal Remediation of 55,000 cubic yards of the most contaminated soils took place in 2014-15, removing 500,000 pounds of VOCs (Average groundwater VOC concentrations in the former recycling operations area have declined by 98 percent since that work took place. Naturally occurring micro-organisms also play an important role in the degradation of VOCs in groundwater, with an estimated 660,000 pounds degraded to date. The final component of the remedy selected in 2005 was consolidation of remaining contaminated soil and sediment, and construction of the multi-layer cap in 2017, which will prevent human contact with the contaminants. 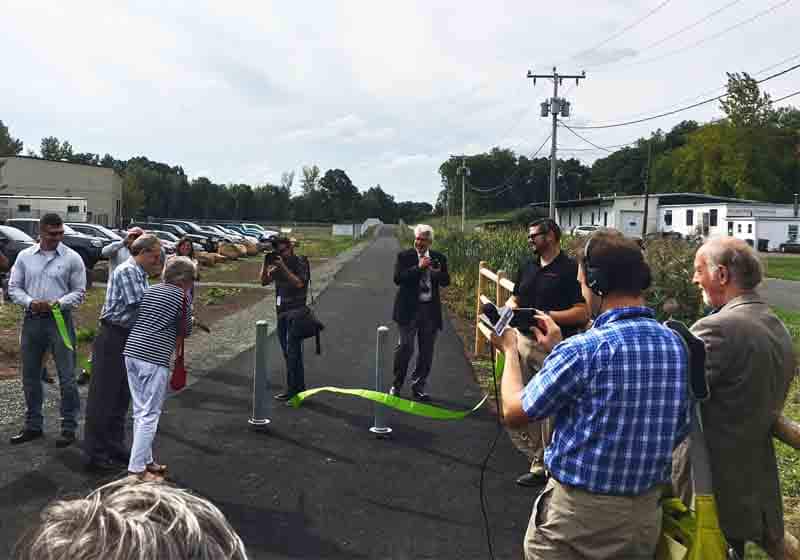 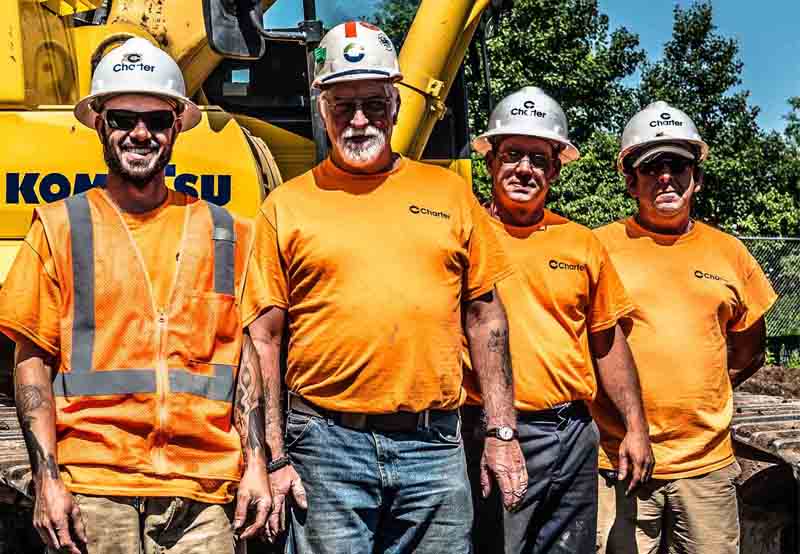 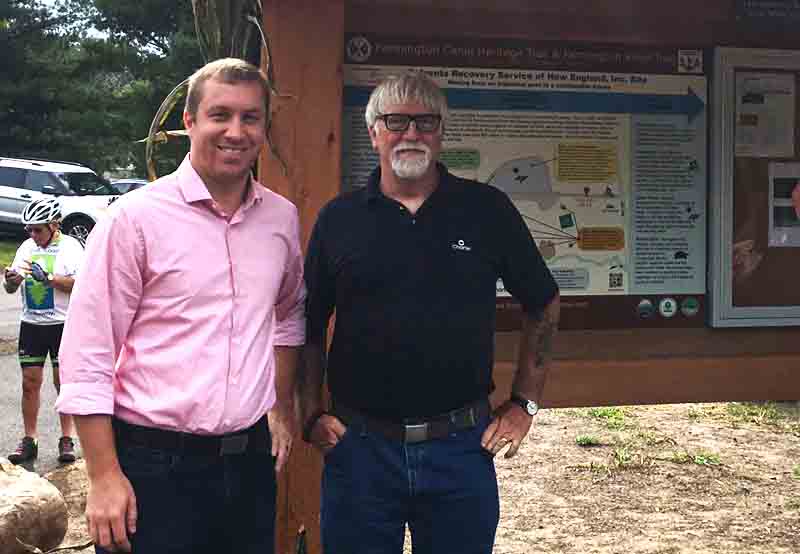